Login to Complete an Entry or to Access Judging Panel 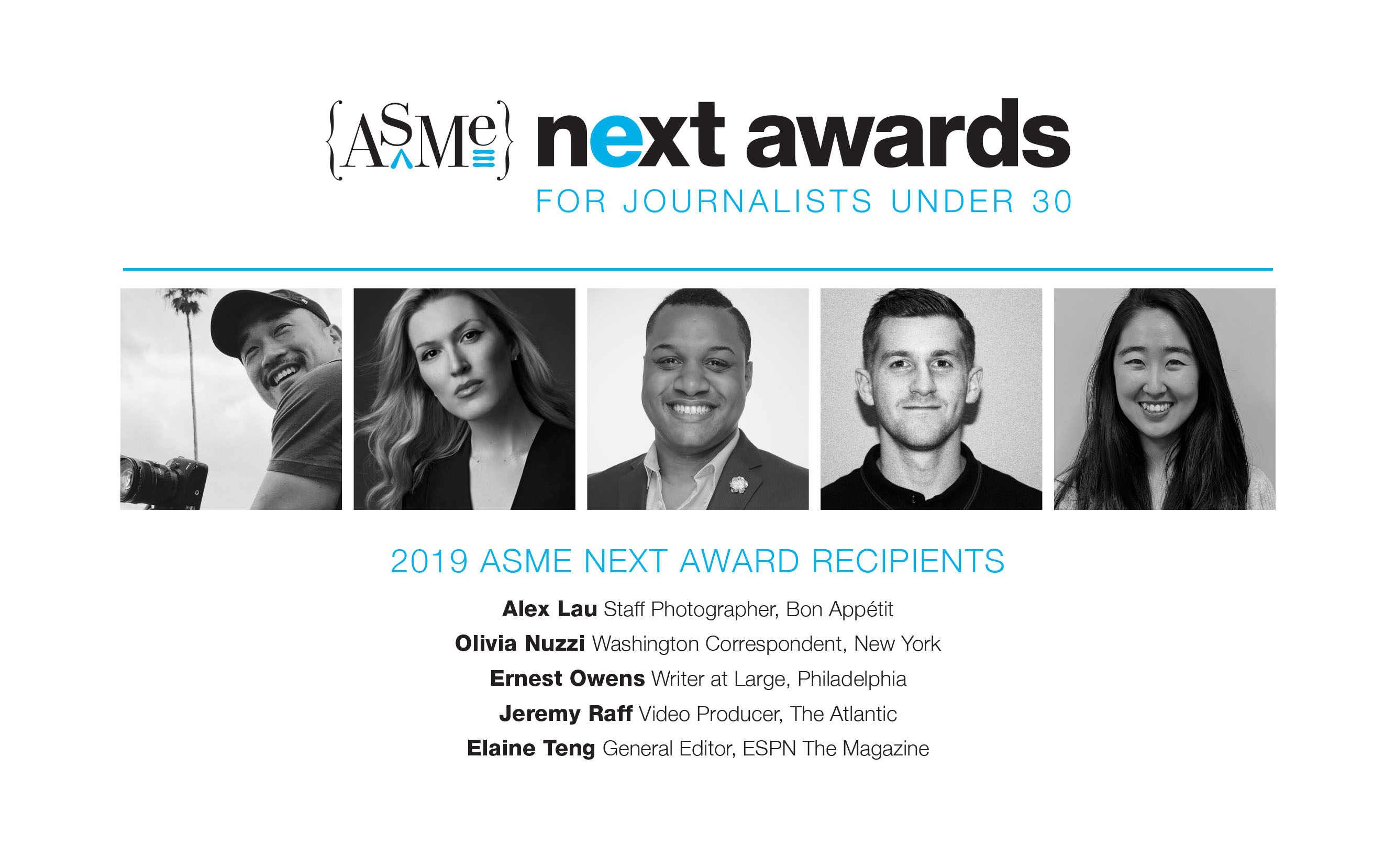 The ASME Next Awards honor outstanding achievement by magazine journalists under the age of 30. Five award recipients will be honored at the Ellie Awards on Thursday, March 14, 2019, at Brooklyn Steel in New York.

Sponsored by the American Society of Magazine Editors in association with MPA–The Association of Magazine Media, the ASME Next Awards were established in 2016 to support the development of print and digital magazine media by recognizing young journalists who have already demonstrated extraordinary promise at the beginning of their careers.

Any full-time or freelance writer, photographer, editor, social media editor, designer or photo editor under the age of 30 is eligible for nomination. Candidates must be nominated by a member of the American Society of Magazine Editors and must be employed by or associated with a print or digital publication edited by an ASME member. Eligible candidates may be no older than 29 on December 31, 2018.